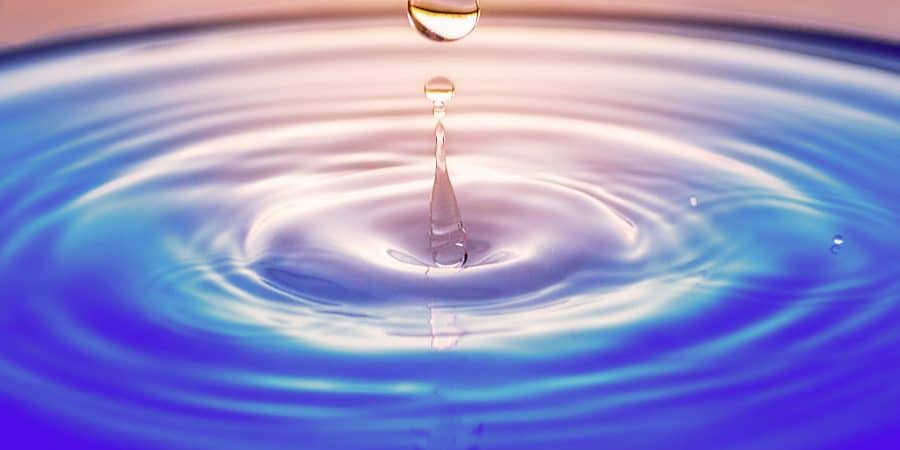 Your ripple effect is more significant than you think!

The ripple effect can be used to describe the indirect effect that spreads out from a single action. Let’s say you host a charity event to raise money. The expansion of awareness could include raising awareness of the charity, which spreads far beyond the initial event.  The ripple could continue by others, also deciding to host events to raise money and awareness. The ripple continues far and wide.

Visualise dropping a pebble into a river and watch the ripples expand across the water.

Think of all the things you’ve done in your business over the last 7-days and what ripples your actions have created.

What waves do you want to make?

Sometimes we may feel that our work goes unnoticed, sometimes unacknowledged by others but also by ourselves.

An example of the Ripple effect in Action.

In 2015 I started live broadcasting on Periscope TV. I’d talk about the power of sharing our stories, social media, PR and why it was necessary for building brand loyalty.

Periscopes users and audience were predominantly from the US; therefore, more activity happened during the UK night.

One night I tuned into a broadcaster at maybe 4 am to find a presenter celebrating my channel. She told her audience that listening to my broadcasts gave her the courage to stop hiding and start sharing her story.

I recently Interviewed the presenter to find out more about her business and what the direct and indirect ripple effect was from that broadcast over 4 years ago.

After being brutally attacked while serving as a Marine, Trisha Hall was left with serious injuries. She had severe reactions to the prescription medications she turned to the herbs and methods used by her Great-Grandmother (who was a sharecropper) to heal and help others heal.

Tell me what resonated with you in my live broadcast.

Trisha: I tuned into your broadcast where you were discussing the Jimmy Choo story, how luxury brands have a story behind there brand. This included where they came from, who they are and why they got started. You explained how people often relate to the person long before their products reach mainstream success.

I’m in two saturated fields, artisan and CBD, what resonated with me and what you were sharing has helped me stand out.

I was trying to figure out what to do to promote my products online, tuning into your broadcast 4 years ago has helped me navigate social media.

After sharing my story, I found people resonated with my brand, Maybe they wouldn’t have tried my products as quickly, without knowing the person and story behind the products.

What was the ripple effect of you sharing your story?

Trisha: Me sharing my story had two ripples, it separated me from people who were hobbyists as this trade was a part of my life and I had a legacy story to tell. I built trust as I was using the products and getting results.

The second effect, from sharing my story on the trauma side, was how it inspired other people to not give up if they were going through adversity. It also demonstrated how there are alternatives to healing and other modalities.

It showed my audience that disabilities don’t have to be who you are, you know that you don’t have to get stuck in that identity crisis of ‘I’ve had brain injury…it’s part of me but not all of me.’

That also rippled into outreach & philanthropy. When we’re doing outreach, people identify my brand and story.

What are you doing now to expand your ripple effect?

Trisha: Now I do more Online sales, sell In-stores via a Wholesale model, do shows and I also have brand ambassadors.  I’m now preparing for a storefront within the next year. I sell my products in Vegas. Back then I sold via my website and a couple of farmers markets.

Click here to find out more about Dream & Water products.

Have you thought about the impact you want to make?

We can underestimate the amount of influence we have via what we say on social media and in life in general.

You’ve likely been a positive influence on many peoples lives. Possibly influenced by a line you wrote online, a photo you took, something you said, or simply you being you! People are always watching, and the majority watch in silence.

Are you looking for a way to grow and expand your business?

Maybe you want to bring on new team members?

Do you keep telling yourself that next year will be a better time to start?

or fear the next step, suppose no-one will pay you or if this next step will cost you money?

It’s time to develop a new story, one that empowers you.

Wherever you’re at, if you want support with creating a clear roadmap  Book your Fierce Clarity Session where we can clarify your business and life goals so you can get back into the flow.